Rotterdam, 14 November 2019.
The Green Maritime Methanol consortium reviews the possibilities for renewable Methanol as a maritime transport fuel. The consortium has recently extended its membership with the addition of two leading shipowners; Arklow Shipping and DEME.

Arklow Shipping was founded in 1966 in Ireland and also operates from The Netherlands for more than 20 years. Over the last 50 years Arklow Shipping has operated a range of shortsea and coastal vessels with steady expansion bringing the fleet to 56 ships.

DEME is a world leader in the highly specialised fields of dredging, marine engineering and environmental remediation. With roots in Belgium, DEME draws upon more than 140 years of expertise and experience in more than 90 countries worldwide, fostering a pioneering approach as a front runner in innovation and new technologies.

Green Maritime Methanol started in January 2019 and contains several work packages. Jorrit Harmsen of TNO comments on the contents of work package 2. “As a first step in the project, an overview was made of previous research on application of methanol in maritime shipping, including technical application, supply chain development and a comparison to other possible future fuels.
As a second step, an analysis was made on the impact of the introduction of methanol on the operational profiles of ships in different market segments, based on input provided by ship owners in the consortium. Furthermore, an analysis was made on the potential market for methanol from the port point of view.”

In work package 3 Professor Robert van de Ketterij of Netherlands Defence Academy (NLDA) and his team will start a series of tests on a spark ignited engine at the premises of Pon Power in Papendrecht early January 2020. The first compression ignition tests are scheduled early March 2020. After installation of a new internal combustion engine in the laboratory of NLDA in Den Helder, a last series of experiments will be conducted late 2020 until early 2021.

Erwin Zomer of TNO explains the work executed in work package 4. “First we analyse the operational aspects of using methanol as a marine fuel, including storage capacity, range, bunker volume, bunker frequency, bunker mode, safety aspects, but also fuel and retrofitting cost. These will be aligned with analysis of shipping segments and routes to identify promising market segments. Second, we dive deeper into bunkering strategies, -concepts and -procedures. Finally, we analyse the methanol supply chain, including an upstream analysis of the different feedstocks: fossil, biomass and power-to-fuel. We also assess production and storage capacity in relation to demand for maritime fuel use.”

As from 2020 the information of these work packages will be included in various methanol based ship designs and their technical, economic and logistical feasibility will be evaluated.

Support for Green Maritime Methanol was also received in the ‘Green Deal for Shipping, Inland Navigation and Ports’ signed in June 2019 with the aim of making ocean, coastal and inland shipping and port more sustainable . Signatories in the Netherlands including national and regional governments, port authorities, maritime sector organisations, shippers, transport companies, banks and research institutes have joined forces to promote sustainability in the shipping sectors. Stakeholders in this Green Deal include the Dutch Ministry of Infrastructure and Water Management, the Ministry of Economic Affairs and Climate Policy and the Ministry of Defence, backing measures to substantially reduce pollution and Greenhouse Gas emissions in shipping and ports. 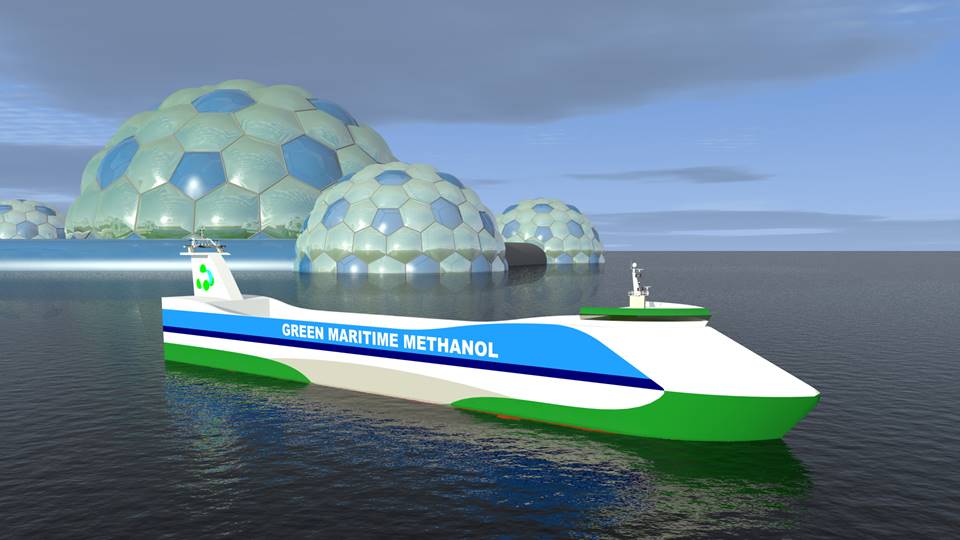