ISP Journal is an edition of IOS Press and is edited by the International Shipbuilding Progress Foundation.

The Dutch International Shipbuilding Progress (ISP) Foundation is founded on December 18, 1987 and seated at Delft, The Netherlands.

The aims of the ISP Foundation were formulated as follows:

The Board of the International Shipbuilding Progress (ISP) Foundation has been composed over the years as follows:

Starting from September 1954 the Journal 'International Shipbuilding Progress' was published by Mr. G. Zanen, owner of the publishing company “International Periodic Press”, in co-operation with an editorial team, which included some professors of TU Delft and an employee of the (then existing) Netherlands Ship Research Centre TNO in Delft.

Subsequently the ISP Foundation was established by W. Spuyman and Prof. N. Dijkshoorn, who at that time both were members of the editorial team of the Journal. They also formed the first board of the Foundation, as chairman and secretary/treasurer respectively.

The publishing of the Journal ISP was continued after 1987, in first instance in an informal way by the  Library of the TU Delft, department Delft University Press (DUP).

In 1988 a first agreement was established between the Foundation ISP and the Library of the TU Delft about printing and  distributing the Journal ISP.

The Editorial Board of the Journal ISP is chaired by Dr. ir. P.R. Wellens, Assistant Professor of Hydromechanics at TU Delft. The full EB member list can be found by selecting the Editorial Board tab  at the IPS Journal IOS Press website pages.

Interested in publishing your paper in the ISP Journal?

If you are interested in publishing your scientific article or paper in the ISP Journal, we kindly ask you to submit it through the formal channel, which are found on the ISP publisher's website via this link: 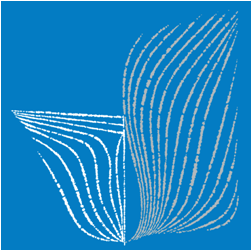